The Danish government has established an Advisory Board on circular economy

The 12 Board members represent on CEO level a variety of Danish companies and their role is to come up with recommendations on, how the government can create and support the transition towards a circular economy. 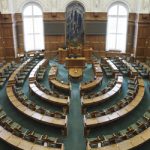 The Advisory Board is expected to launch their recommendations in the beginning of June this year. On a conference hosted by the Federation of Danish Industries on March 23rd, more than 200 participants debated a number of the preliminary recommendations, including: