Members of the European Parliament voted in plenary today to strengthen resource efficiency in the EU by 2030 – a move that signals strong political support for the transition towards a circular economy. 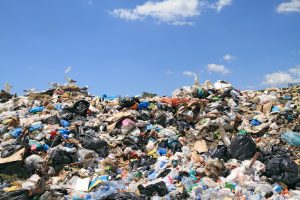 The Council of the European Union is expected to take a position on the Circular Economy strategy in the coming months, before the Parliament, Commission and Council can all agree on the final text.

During the debate, European Commission Vice-President Frans Timmermans promised to do his best to keep the final text as close as possible to the Parliament’s proposal throughout the inter-institutional negotiations.

Although waste management in the EU has improved considerably in recent decades, almost a third of municipal waste is still landfilled and less than half is recycled or composted, with wide variations between member states.

Improving waste management could deliver benefits for the environment, climate, human health and the economy. As part of a shift in EU policy towards a circular economy, the European Commission made four legislative proposals introducing new waste-management targets regarding reuse, recycling and landfilling.