The attitude of consumers and companies is crucial to achieve this change in the production model.
Over the next 20 years, more than two million job opportunities will be created in Spain linked to the circular economy. These are forecasts by the International Labour Organisation (ILO), which defends the urgent move towards a more sustainable production model from both an environmental and a labour point of view. The change is already underway, but for it to succeed it needs the involvement of governments, international institutions, social agents, companies and citizens.

The circular or green economy is based on reuse, repair and recycling, concepts opposed to today’s ‘throwaway’. It is a collaborative way of consuming that focuses on the consumption chain. The linear economy, which currently prevails, focuses on extraction-production-consumption-waste, while the circular economy proposes closing the production cycle so that resources are not thrown away, but are returned to the chain, repaired, ‘remanufactured’ and reused. Costs and waste are saved. 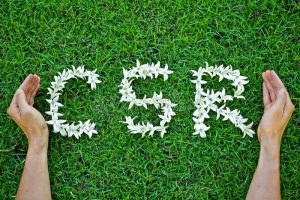 The attitude of consumers and companies is crucial to achieve this change in the production model. The new generations highly value business actions in the social and environmental sphere and companies are forced to take this into account. But not all face the challenge of the circular economy in the same way. Some companies have adopted the principles of Good Corporate Governance, publish Corporate Social Responsibility (CSR) reports; others take solidarity or environmental actions. This influences their reputation, their brand image and they are aware that they must take care of it.

“More than 80% of Spanish companies have some kind of CSR strategy based mainly on the three pillars of sustainability: economic, social and environmental”, explains Elena Búlmer, professor of Sustainability at EAE Business School. Companies such as Banco Santander, Naturgy, Iberdrola, Endesa, Ferrovial and Indra are among those with the most experience in sustainability.

In Spain there has always been a concern for social issues, says Búlmer, but in recent years there has been more emphasis on environmental awareness and each company focuses on its mission and the DNA of the organization. “Energy companies are turning more to renewable energy issues, and others are focusing on recycling packaging. CocaCola, for example, invests in water conservation and waste collection and recycling projects, such as its support for the NGO Chelonia’s ‘Circular Seas’ project, which promotes the conservation of marine spaces and the circular economy.

For those listed on the stock exchange, there is the Dow Jones Sustainability Index (DJSI), which measures the degree of sustainability of companies. There are 3,500 companies participating in it, 30 of which are Spanish. Iberdrola is one of them. The electricity company has a CSR and Sustainable Development strategy which it deploys in a biannual plan (2018-2019) and which focuses on seven priorities aligned with the United Nations Sustainable Development Goals (SDS), to which the company is committed, says one of its spokespersons.

These seven priorities are: fight against climate change and protection of biodiversity, contribution to the well-being of the communities in which it operates, sustainable socio-economic development, innovation and quality for its customers, good governance, transparency and management of stakeholders, promotion of CSR in the supply chain and occupational safety and development of the human team.

The company is committed to an energy transition towards a sustainable model and to clean energies. It is, explains its spokesperson, one of the companies with the lowest emissions and has committed to being carbon neutral by 2050.

Little by little, Spanish companies are joining this trend. But they still have to reach the level of many European companies, which stand out worldwide for their sustainability strategies. The Scandinavian countries have been developing a circular economy for decades,” stresses Elena Búlmer, “while in Spain last year it was announced as something ‘innovative’. Sweden, for example, has a ‘zero’ waste stockpile and it is still difficult for us to reach the recycling rates established by the EU”.

Other countries such as Denmark are more innovative and are recognised for their sustainable transport. “A high percentage of people use bicycles and industrial symbiosis is promoted among companies. An example is Kalundborg, a Danish multi-company complex where the circular economy is applied and where waste from one company is the raw material for the operation of another. It is a demonstration of business collaboration that aims to minimize the generation of waste and that benefits the conservation of the planet,” stresses the expert.
The involvement of governments and the policies that favour the circular economy will be transcendental to reach the sustainability objectives in the coming years, but what will change this will be the new generations, who are already demanding this transformation.