IKEA wants to roll out furniture rental to all its main markets in a bid to appeal to its increasingly environmentally conscious and transient customers. 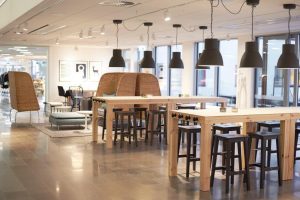 The world’s biggest furniture group, known for its low-cost disposable items, first said it was looking into leasing its desks, beds and sofas in February. It fleshed out its plans on Wednesday at an event held at its first ‘sustainable’ store in Kaarst, western Germany, opened in 2017.

The rental pilot was driven by a recognition that many consumers change homes more frequently but can’t afford new furniture every time they move, Jesper Brodin, chief executive of Ingka Group, which owns most IKEA stores, told Reuters.

It is also motivated by environmentalism, with IKEA surveys showing that 90 percent of its customers are ready to change their behavior, even if most don’t know how to do that.

Since taking over as CEO in 2017, Brodin has led efforts to overhaul the IKEA business model to respond to climate change, the rise in ecommerce and customers who no longer have the time or the cars to drive to its out-of-town stores.

Rent the Runway, which has previously only rented out designer apparel and accessories, said last month it will partner with Williams-Sonoma Inc’s West Elm brand to allow subscribers to rent home decor.

IKEA, which had global sales of 39 billion euros ($44 billion) last year, will test a range of subscription-based leasing offers in all 30 of its markets by 2020 so products are reused as often as possible before being recycled.

The rental tests will give IKEA insights into the durability of its products that it will feed back to designers, who are already working to make furniture that is easier to dismantle and move, said Pia Heidenmark, IKEA sustainability chief.

In the Netherlands, IKEA is offering students the rental of a bed, desk, table and chairs for a monthly fee of up to 30 euros ($33.68), while in Sweden and Switzerland it is looking into providing office furniture to companies.

Brodin also highlighted another strategic shift, saying he wants to provide convenient, round-the-clock access to IKEA stores in the company’s top 30 cities in the next five years.

IKEA has just opened a new store in Greenwich in south-east London and is about to add locations in central Paris and Moscow. It is finalizing plans for many more, Maeztu said.

“In New York, London, Paris, Berlin, Madrid, Barcelona, Tokyo, Shanghai, Mumbai, we will see more of these mid-sized stores in the future,” Maeztu said. “In the next 20 years, more people will live in cities and own fewer cars and share more.”

IKEA also plans to expand TaskRabbit, a U.S. online marketplace for odd jobs like furniture assembly it bought in 2017, to many more markets, and is looking for other similar acquisition or partnership opportunities, Maeztu said.